Sounds like fun, right? Today, we’ll share with you a couple of projects that are using this set of technologies to solve real problems.

As a human, you can easily distinguish and then neutralize weeds from cultivated plants, like tomatoes. A hardware solution to this problem needs to perform a bunch of complex tasks:

All these tasks were solved by Ildar Rakhmatulin and Christian Andreasen in their project, A Concept of a Compact and Inexpensive Device for Controlling Weeds with Laser Beams.

The prototype was developed and tested on couch grass (Elytrigia repens (L.) Desv. ex Nevski) mixed with tomatoes. Three types of lasers were used: 0.3 W, 1 W, and 5 W. A neural network was trained to identify the weeds, and a laser guidance system estimates the coordinates of the weeds. The energy required to damage a plant depends on the diameter of the plant, which is related to the plant’s length.

For more details about the hardware and software tricks used in this set up, read the full article (PDF). One of the project authors, Ildar, contacted us with a question for the stereoscopic part of the solution. We hope to see StereoPi v2 in the next version of the device!

The title kind of says it all! This small insect is one of humans’ most dangerous enemies. Every year, more than 700,000 human deaths worldwide are attributed to mosquito-borne diseases. So, Ildar had another set of challenges: 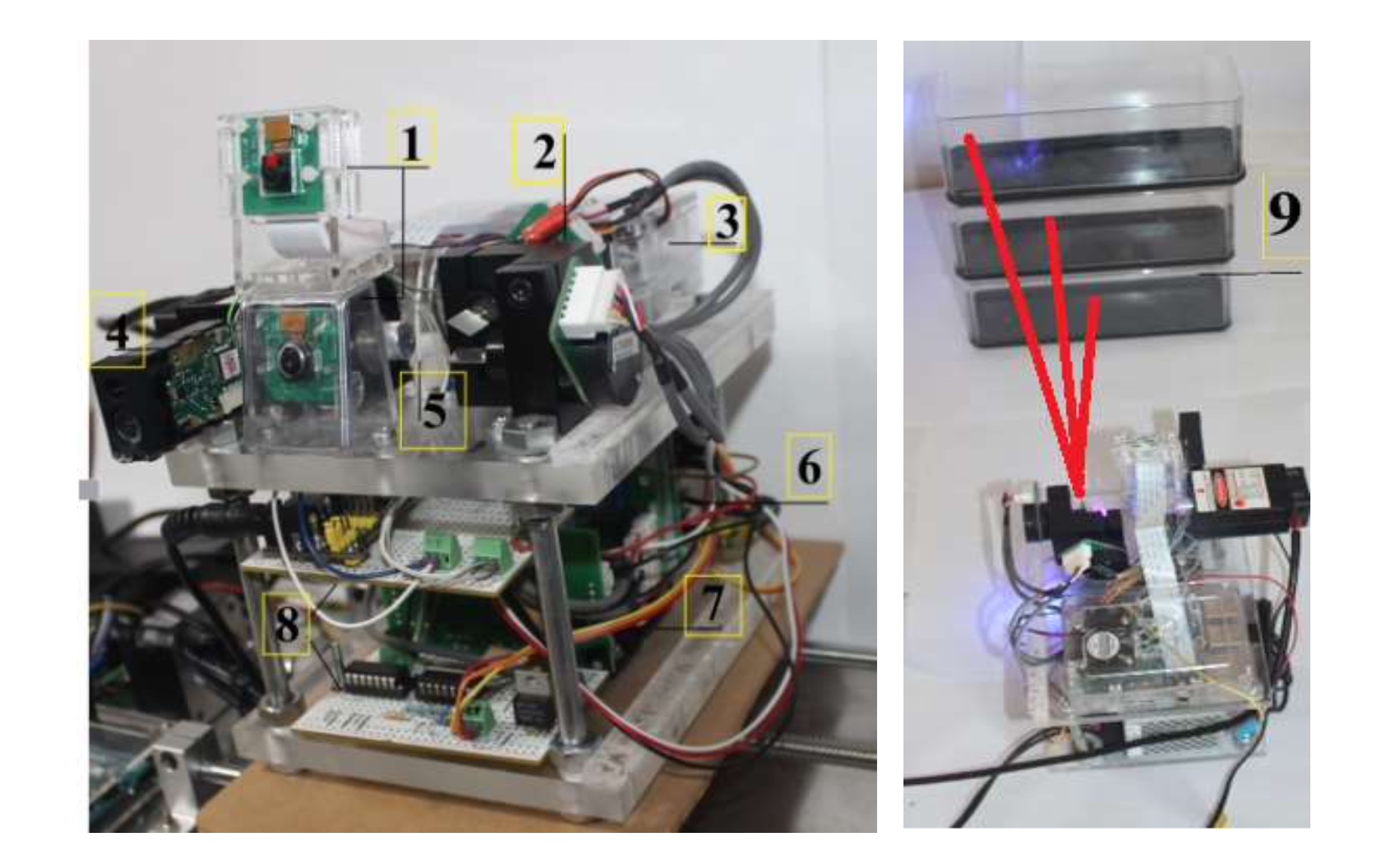 Mosquitos are tiny - from 1 to 5 mm. Ultrasonic detection won’t work here. Mosquitos are cold-blooded, so thermal cameras won’t help. Instead, an approach using optical cameras was chosen. A neural network was used to detect the mosquito, and stereoscopic vision was used for 3D localization.

There are a huge number of challenges here - the size and speed of the mosquito, laser tracking system latency, and so on. A lot of these challenges are detailed in this article (direct link to PDF version). To summarize, their system works, albeit under a lot of constraints and with plenty of room for improvement. For example, you might ask how this robotic mosquito safari system ensures that only mosquitos are targeted and other animals, including people, or not harmed. Well, that’s another story, and a great topic for experiments, investigation, and making!

Neural networks and stereoscopic vision are good friends! And, with the StereoPi v2, based on Raspberry Pi Compute Module 4, you can get both at up to 2.5 times faster than on Raspberry Pi 3. For the heavy NN load you can use USB accelerators like Google Coral or Intel Movidus.

What are your plans for neural-network-backed stereoscopic vision? Share your ideas with us in Twitter or in our forum!