We’ve found fantastic research made by a group of oceanologists. They suggest affordable solution based on the Raspberry Pi computer, 3D printed cases and several engineering tricks to obtain results, previously accessible for expensive professional systems only. Now this system (called DEEPi) is based on a Raspberry Pi Zero, but the next generation is planned to be equipped with the two cameras and based on the StereoPi. In this article we’ll cite two related paperworks.

Bio-logging is a data acquisition approach to collect challenging information from direct observation of long-distance traveling animals or animals that are out of boundary of visibility. Bio-logging encompasses the use of usually compact animal attached electronic tags to collect information such as foraging behavior from videos, energy budgets and behavior patterns from accelerometers and environmental data such as pressure (depth) and temperature.

Why is it difficult?

Deep-sea cameras are traditionally expensive components, and are almost exclusively fabricated as 1-atm pressure housings made of aluminum, stainless steel or titanium, combined with custom-made optical viewports. Such housings are costly to fabricate, and are large compared to the camera itself. As a result, deep-sea cameras are expensive, bulky components of underwater vehicles and remote systems; this is particularly true for HD- and higher-resolution cameras. In autonomous recording systems such as BRUVs and biologging animal tags, camera size and form factor directly influences the physical design of the entire system and limits the operational endurance. 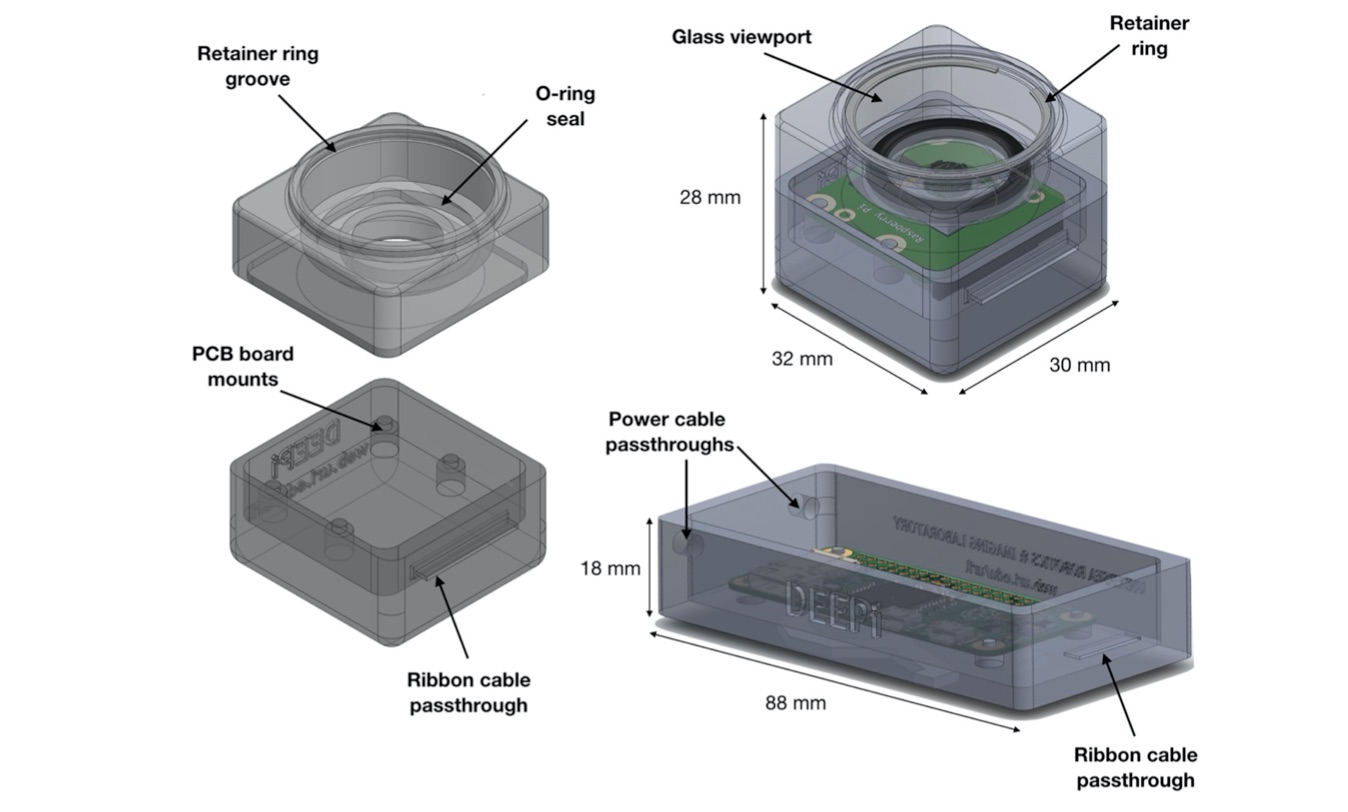 The DEEPi camera is based on the Raspberry Pi Camera Module v2, which is capable of capturing 8MP still images and 1080p30 video with a field of view of 62.2 degree. The Camera Module v2 is mounted inside a 3D-printed ‘shell’ consisting of two halves. The lower half mounts the PCB board and includes the ribbon-cable pass-through, which is dimensioned slightly larger than the ribbon cable itself.

The upper half of the camera shell consists of the viewport mount, o-ring seal, and retaining ring. Internal dimensions of the shell assembly are designed to visually guide epoxy filling on a level surface, so that the viewport and o-ring seal are sup- ported underneath with filled material while the lens assembly remains dry and accessible for focusing (Fig. 3). 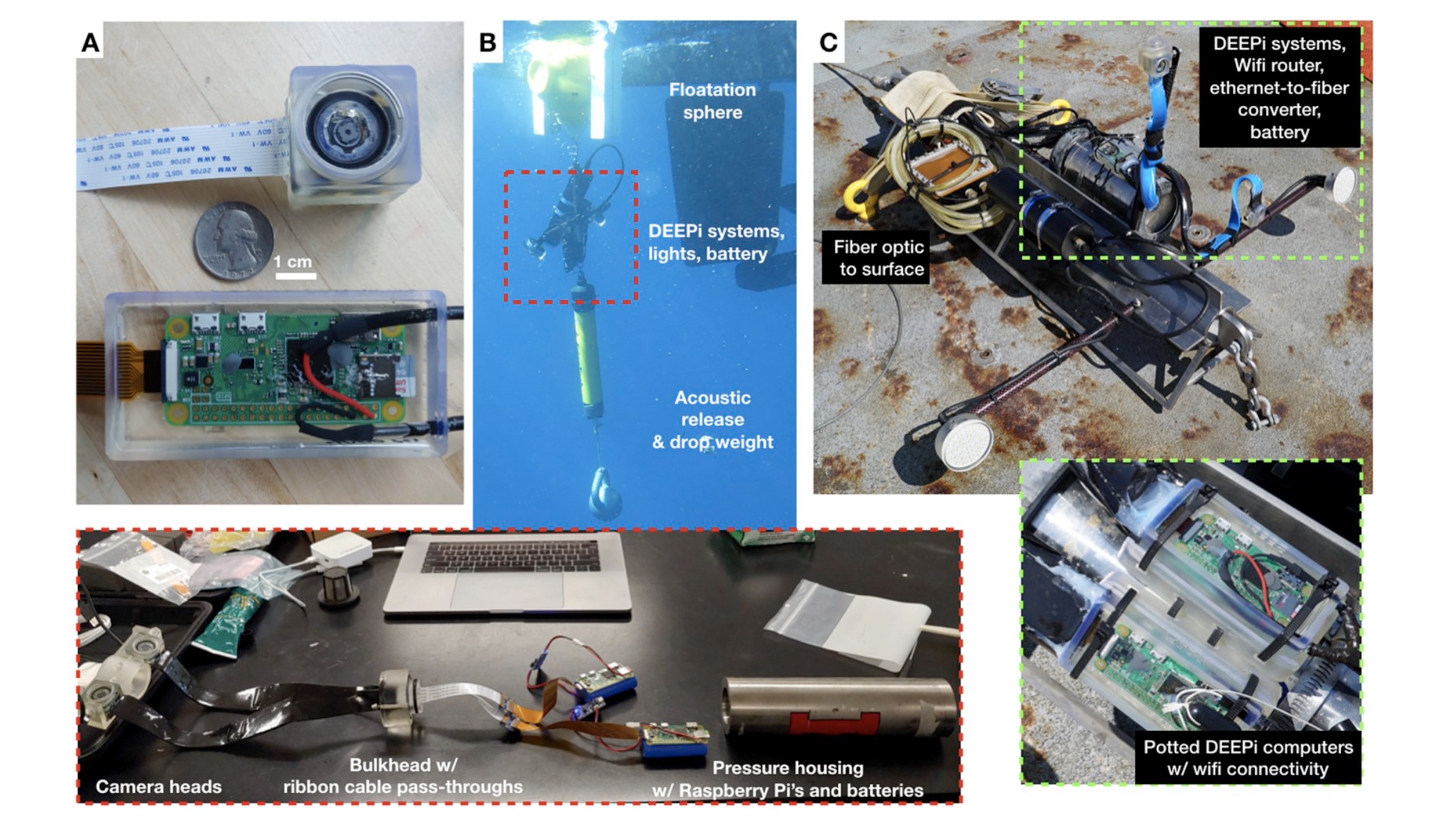 The DEEPi camera system has been laboratory tested for functionality and physical resistance to implosion to a maximum of 59 MPa/ 5780 m depth. Iterative camera and computer designs were tested in the laboratory using a high-pressure hydraulic pressure chamber. Cameras were assessed for functionality before, during, and after testing to determine survival and performance, while potted Raspberry Pi computers were powered on and communicating via SSH and/or RealVNC® Remote Desktop throughout pressure cycling. 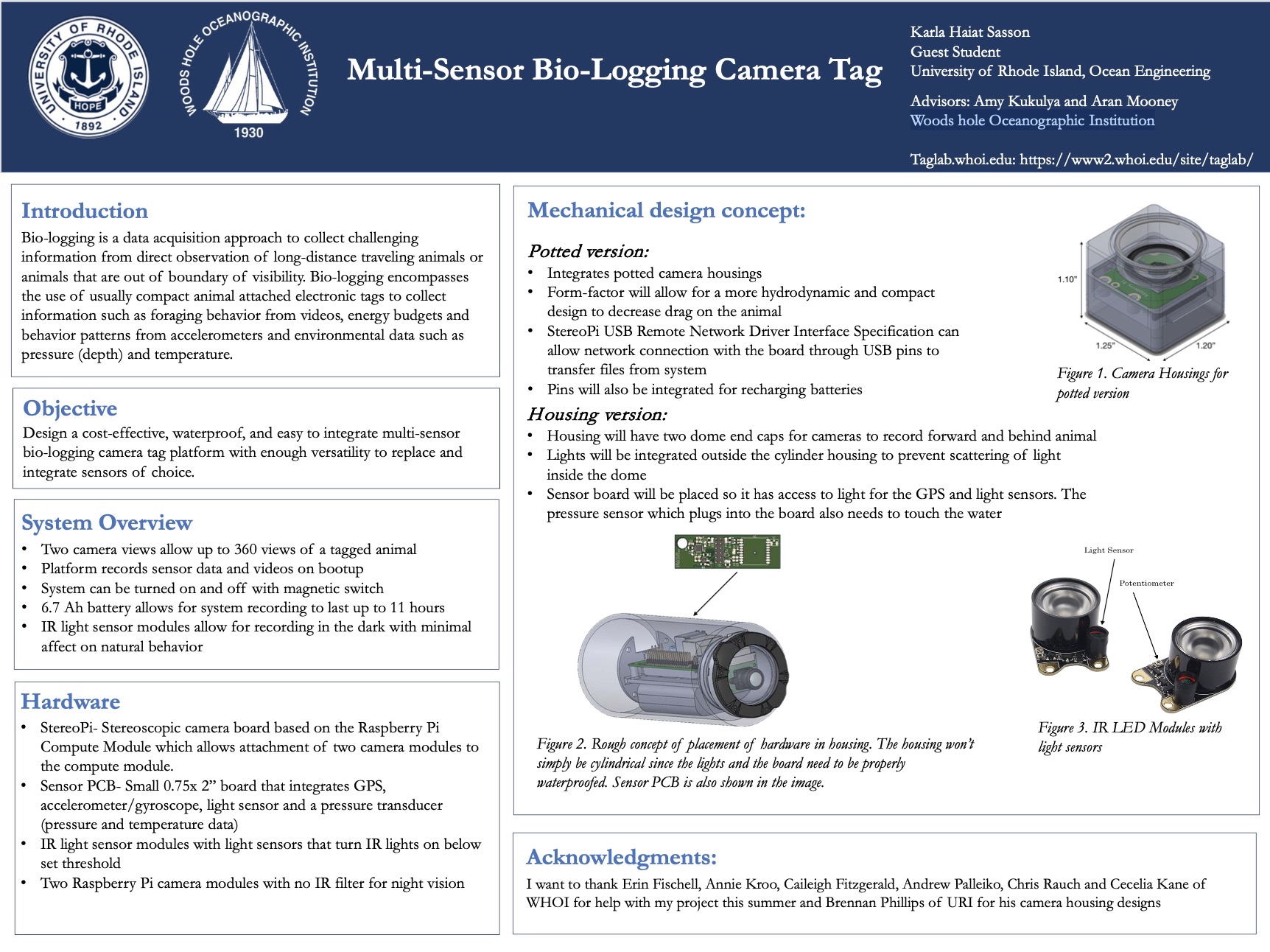 Karla Haiat Sasson, who was a guest student at Woods Hole Oceanographic Institute summer of 2019, and who is a participant of the DEEPi project at the department of Ocean Engineering at the University of Rhode Island, worked on a project to adapt the DEEPi cameras, which were shown to work successfully, into a biologging system for a WHOI project directed by Tag Lab director Amy Kukulya, that seeks more information on the biology of gray seals in Cape Cod.

As she mentioned in this paper, the system is designed to have: 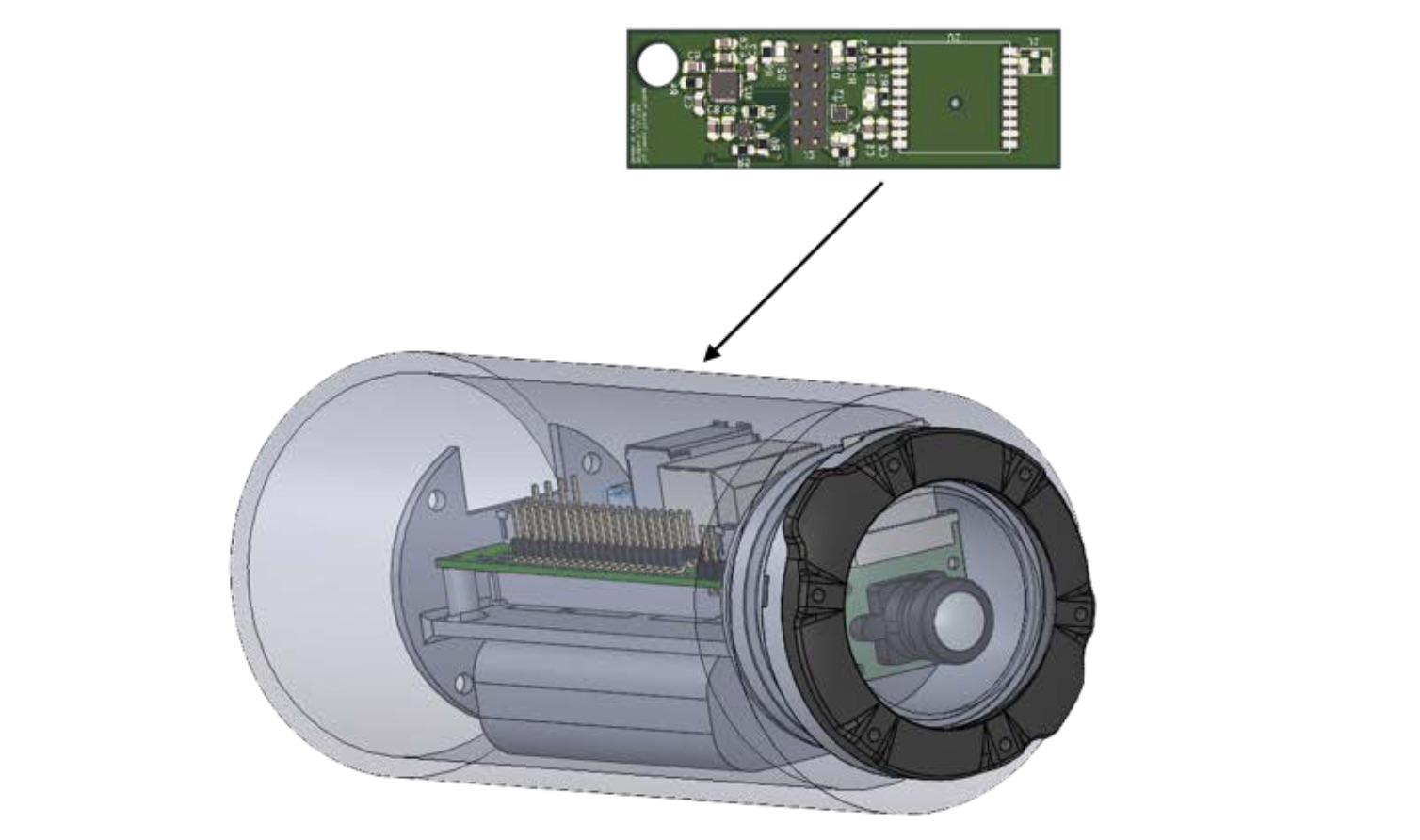 Can you find a StereoPi board on this model? ☺

So let’s wait for the summer time to get more news on this project!

We’d like to thank Dr. Brennan Phillips and Karla Haiat Sasson for help with this article! Actually this research was done by a group of scientists, and we’d like to thank all participants: